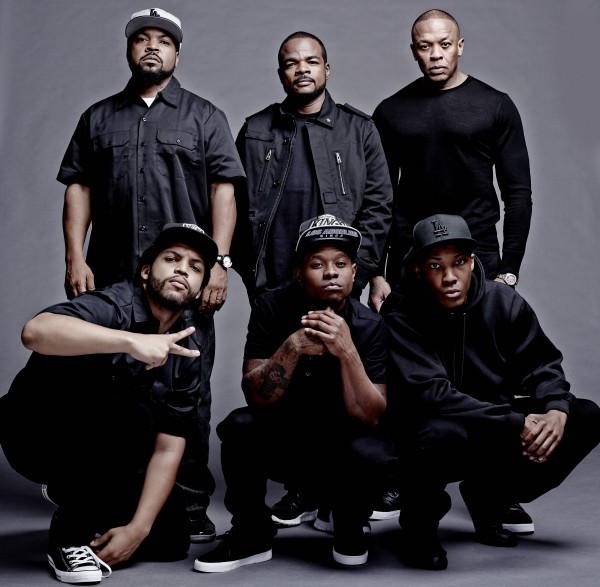 After much speculation and anticipation it looks like the N.W.A biopic Straight Outta Compton will be in cinemas some time in 2015.

This week Dr Dre tweeted a photo of the three cast members that will play N.W.A members Ice Cube, Eazy-E and Dre himself.

Marcus Callender will play Dre while Jason Mitchell will take on the role of the legendary but now deceased Eazy-E and who better to play Ice Cube than his own son O’Shea Jackson Jnr.

F. Gary Gray, who is between Ice Cube and Dr Dre in the photo, will sit in the directors chair with his last effort being Law Abiding Citizen but mainly known for his cult classic Friday.

That’s all we know for now and as if we needed an excuse to play the original track. Here is N.W.A with the classic Straight Outta Compton

The Hobbit: Battle Of The Five Armies

With every passing day more and more football (or soccer, if you prefer) fans are…

The director of the upcoming film ‘Noah’, Darren Aronofsky is launching an art exhibition in…

Uk based illustrator Lime Bath has produced yet another inventive series of Nike colourways, this…

Simple referred to as Batman vs. Superman since the first announcement that The Dark Knight and Man of…

So this weekend I took a trip to Center Parcs. Laugh if you like, but…